Your baby will be completely formed by the end of the third month. Your baby may have begun moving its hands, legs, and head and opening and closing its mouth, but he or she is still too small for you to feel this movement.

The fingers and toes are now more distinct and have soft nails. The baby’s hands are more developed than the feet and the arms are longer than the legs. Your baby’s head is quite large compared to the rest of its body. Hair may have started to form on the head. Tooth buds have formed under the baby’s gums. By the end of this month, the umbilical cord, which carries nutrients to your baby and takes wastes away, will be fully formed.

By the end of the third month, you should be beginning to perk up a bit if you’ve experienced fatigue. Morning sickness and frequent urination should both begin to subside. At around twelve weeks, you should have your first visit to the antenatal clinic. Remember, you are entitled to paid leave for antenatal checkups and classes. A number of tests and scans are done between 11 and 13 weeks. Your first trimester ultrasound may be done at this time to determine the baby’s age. Other tests which screen for possible birth defects can also be done around this time.

By twelve weeks, your developing baby will weigh just half an ounce (14 grams) and be about 3 inches (7 centimeters) long. His eyes are formed and his fingers and toes are becoming distinct. His genital organs can be seen quite clearly with an ultrasound and his internal organs are functioning. Vocal cords develop around the 13th week of pregnancy. Your baby’s heart has four chambers and beats at 120 to 160 beats per minute. Kidneys are now developed and start draining urine into the bladder. 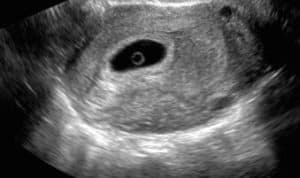 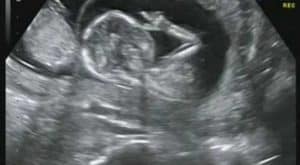 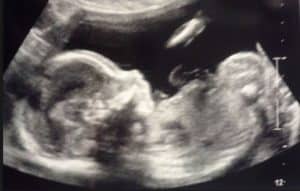 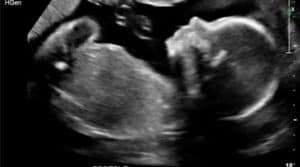